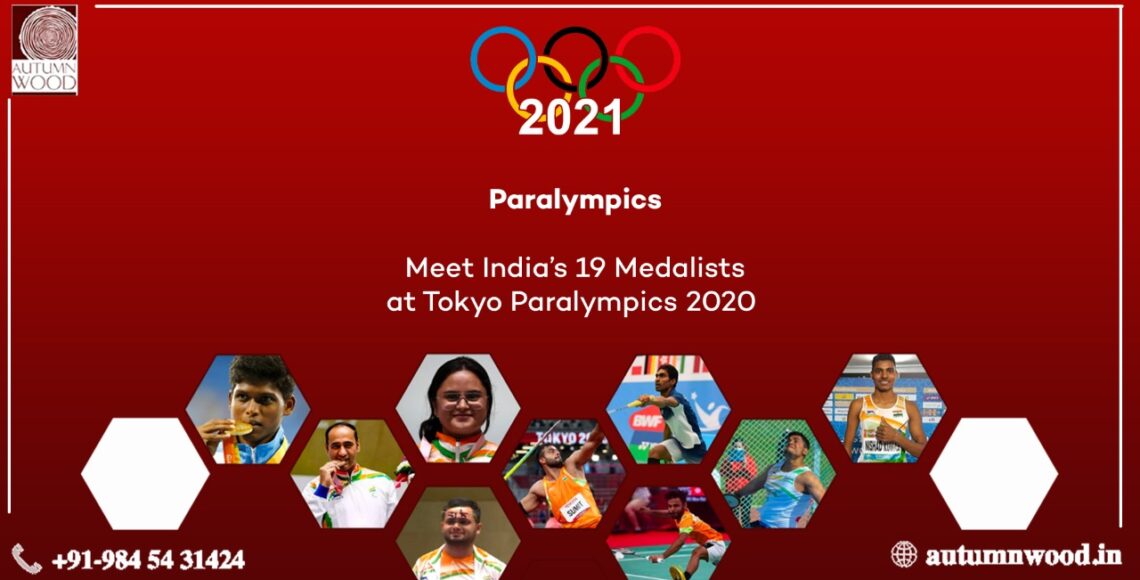 Waves of happiness spread across all over India when Bhavinaben Patel bagged the silver medal in para table tennis, opening the account for India with her massive win. And this was just the beginning. Tokyo Paralympics 2020

After the incredible performance of Indian Olympians in the 2020 Summer Olympics, it was time for Indian Paralympians to steal the limelight. India was expecting as many as 15 medals in the Tokyo 2020 Paralympic Games. But the reality surpassed the expectation when India witnessed the record-breaking score of 19 medals on the overall tally, taking our National Flag high up to the 24th spot.

The sound of our Indian National Anthem became even more prominent when it was played for the 5th time in the Paralympic Games 2020, as we received five gold medals. Complimenting the gold, we got eight silver and six bronze medals too. This year, India had sent its largest-ever contingent of 54 magnificent athletes to Tokyo and they got us the biggest win ever. Our last highest was 4 medals. That’s the reason this victory is five times bigger than the last one.

We bagged 8 medals in athletics, 5 in shooting, 4 in badminton, 1 in archery, and 1 in table tennis. Let’s get familiar with our champions.

Great competition, sporty spirit, and victories, Paralympics was a true celebration. As the Paralympics flame came to rest, Indian Paralympians made their way back home with record-breaking victories to celebrate.